If you’ve never had buckwheat noodles in your life, you are missing out – soba (as it is called in Japan) contain a fair amount of protein and can also be consumed by many who suffer from wheat-gluten allergies.  These thin noodles are a staple in Japan, and are gaining popularity around the world because of […]

Truly warm and sunny days in San Francisco are treated like holidays.  It feels like the entire city collectively decides to venture out to the nearest grassy knoll to catch precious rays of sun because every park is full of people!  Any restaurant with outdoor seating is certain to be busy, every beer garden is […]

I’ve been sick with the flu since Thursday night, and suffered through varying levels of fever (oh, hello there, 104.7F) over the weekend, preventing me from making the three dishes I had on deck.  So sad!  The only thing I managed to make was what I refer to as “my mom’s chicken soup” – a […]

During the colder winter months, I find it difficult to want to eat lighter fare such as fresh salad greens.  My body craves thick, hearty stews and soups, and rich, starchy things like potatoes and squash.  However, this gem, adapted from Rachel Khoo (an English chef based in Paris), makes for a nice happy medium […] 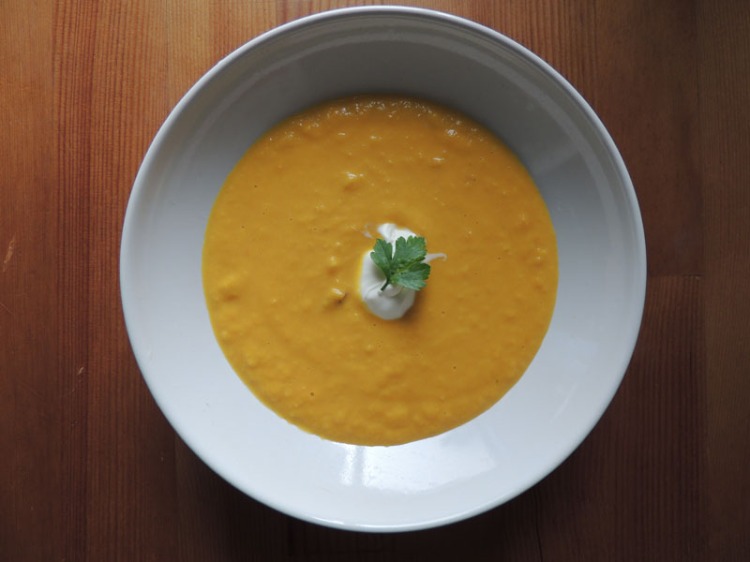 Potimarron, also known as a Red Kuri squash or Red Kuri kabocha, looks like a pumpkin but has a nuttier flavor profile that tastes like a cross between pumpkin (potiron) and the marron, or, chestnut.  I’d never even heard of a potimarron until I saw it in one of the French cooking magazines I love, and […]

I don’t know a ton about Indonesian food, but it seems to be a mix of Chinese and Malay flavors. Soto Ayam is one of Indonesia’s most popular dishes – often served as street food, and for breakfast – and it is full of rich spices and tantalizing aroma, making for a very tasty meal. […]